5 amazing places you must see 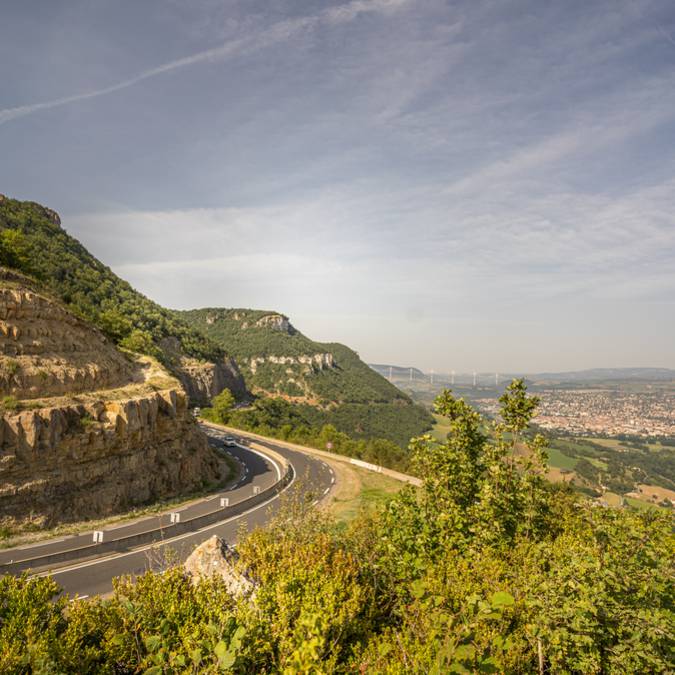 This instantly recognisable viaduct is considered one of the wonders of the modern architectural world and it has put Millau on the map for people all over the world. Despite the challenges imposed by the deep Tarn Valley and the strong winds, three years of construction were all that was needed to construct what Sir Norman Foster had designed  and what Michel Virlogeux had engineered across the 2.46 kilometre (1.55 mile) gulf between the Larzac and Causse Rouge. The grace and elegance of the structure belie its sheer scale. So make sure that you visit the Aire du Viaduc Visitor Centre where you will discover that the second pier (affectionately referred to as «P2») is actually taller than the Eiffel Tower.

What’s more, it appears that even an Eiffel Tower lying on its side could fit between the 350 metres separating each of the supporting piers! The Millau Viaduct, the longest cable-stayed bridge in the world, is the highlight of the scenic A75 motorway down through the centre of France. Take some time to drive around the well-signposted beauty spots chosen for the vantage points they offer for unforgettable photos of the Viaduct : Brunas, Peyre, Luzençon or Le Panoramique.

Alternatively, in Millau itself, set up your tripod on Pont Lerouge bridge or take it all the way up the stone spiral staircase to the open rooftop viewing gallery of the town’s emblematic bell-tower or Beffroi. For a more original perspective, take a personally guided boat-trip from Creissels with Les Bateliers du Viaduc, who are equally knowledgeable about the Viaduct and the wildlife of the river Tarn. 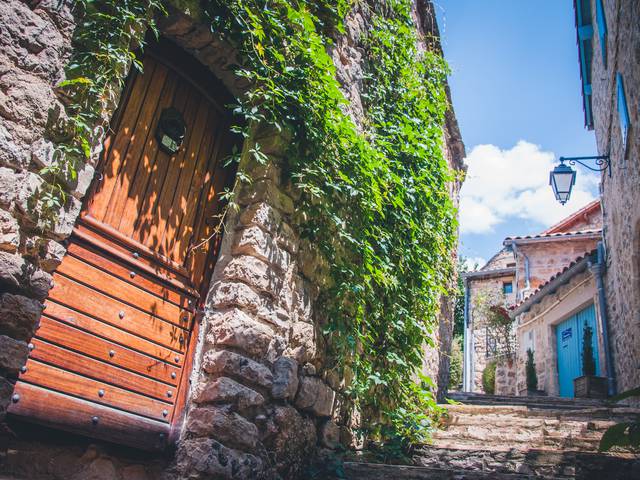 France has an official list of its 169 Most Beautiful Villages, working out at an average of one or two per département – the Aveyron département has 10! Just five minutes downstream from Millau lies the mediaeval village of Peyre, nestling into a cliff-face that forms a picture-postcard curve overlooking the river Tarn. Up on the Larzac Plateau, the Knights Templar fortified a network of villages in the twelfth century. Today, La Couvertoirade is just a two-minute drive from the A75 motorway, but park in the mandatory car-park at the entrance to the fortified village, designed to maintain the authenticity of this mediaeval jewel.

But you can find a surprising range of picturesque villages all within a 20-km radius of Millau. On your way up the Tarn Valley to the Gorges, stop off at Compeyre, Mostuéjouls, Liaucous or Peyreleau, all of which deserve a special «unspoilt, authentic, mediaeval, panoramic» label of their own! For the best bird’s-eye views of the valley, Caylus, St Marcellin or Capluc are all worth the short climb. On your way up the Dourbie Valley, look out for the beautiful villages of Saint-Véran and Cantobre. 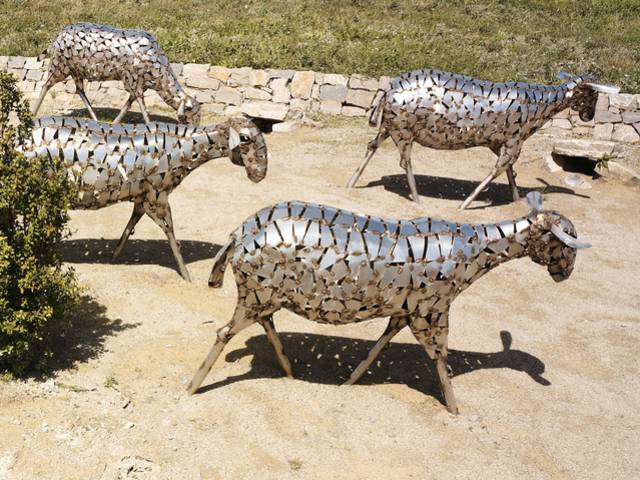 Roquefort-sur-Soulzon, just a 20-minute drive from Millau, is undoubtedly the most world-renowned village in the area, thanks to its eponymous cheese. Find out about the production of this «king of cheeses» with any one of the seven Roquefort cheesemakers who will explain the daily collection of ewe’s milk in the surrounding area and the ripening process in the spectacularly adapted caves with their natural ventilation system of fleurine passages through the rock. While you may be surprised to discover the variety of flavours and textures, you will understand at once both the historical fascination with this gastronomic delicacy, as mentioned by Pliny or Charlemagne, or why it became the first product to earn the prestigious Protected Designation of Origin label… in 1925. 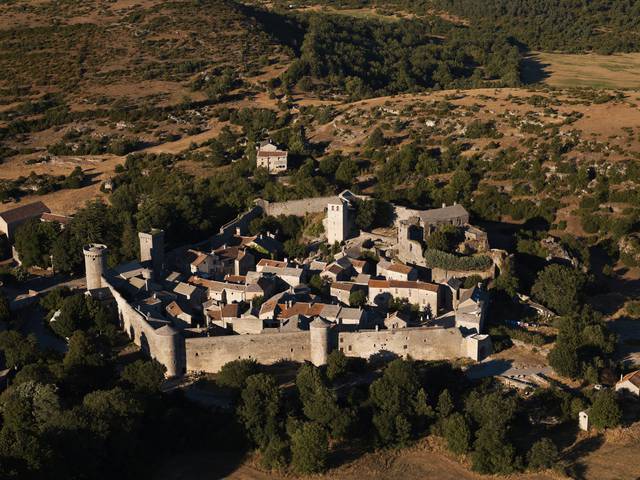 If you’re looking for a day-tour combining history, ingenious architecture and wonderful scenery, then follow the signposts for the Circuit des Templiers et Hospitaliers up on the Larzac Plateau. The 1,000 year-old fortifications of villages such as Saint-Jean d’Alcas, Le Viala-Pas-de-Jaux or La Cavalerie owe their impressive architectural style to the prowess of the Knights Templar whose role was to protect pilgrims on their way to Jerusalem. Don’t miss the guided tour of the Commandery of Sainte-Eulalie-de-Cernon or La Couvertoirade (another member of prestigious «Most Beautiful Villages in France» list) where you will learn how this order of «monk soldiers» developed unique water-collection techniques using local stone to build roof-cisterns, gutters or the emblematic circular lavogne water-pools to refresh the precious sheep during summer. Indeed this interaction of man with nature over the centuries earned the area its much coveted place for agropastoralism on the UNESCO World Heritage list in 2011. 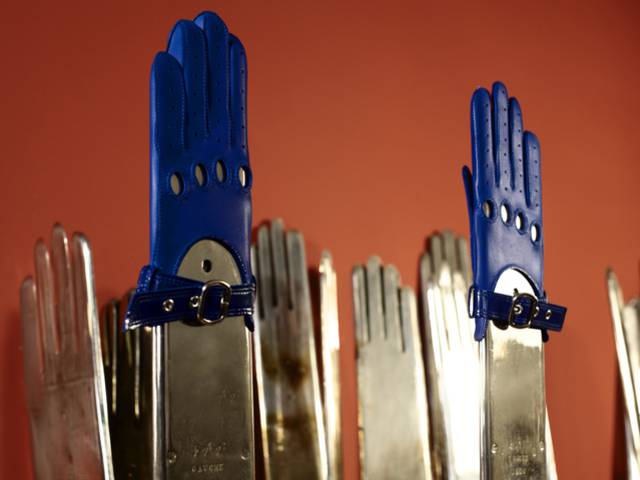 Millau was awarded the «Town of History and Art» label in 2010 thanks to its rich artistic heritage. Two thousand years ago, when it was known as «Condatomagus», it was a production centre for the beautiful terra sigillata pottery that supplied the Roman army throughout their empire, as modern archaeologists throughout Europe can confirm with their work uncovering ceramics from Millau. Leather glove-making developed over time to become the major industry in the town in the 20th century. These centuries of highly skilled Millau leatherwork survive mainly in the high-end leather glove fashion houses, attracting worldwide clientèle, as seen recently with Jennifer Lopez or Nicole Kidman.

Today you can visit the Causse or Fabre glove manufacturers in Millau to see the talented cutters and sewers at work. Millau Museum houses a rich collection explaining the history of glovemaking and its impact on the development of the town. Throughout Millau you will find a variety of art galleries, exhibitions, sculptors, metalworkers and glassblowers. In the town centre, Rue de la Capelle is the street that has brought many of these artistic tradtions together and is well worth a visit. 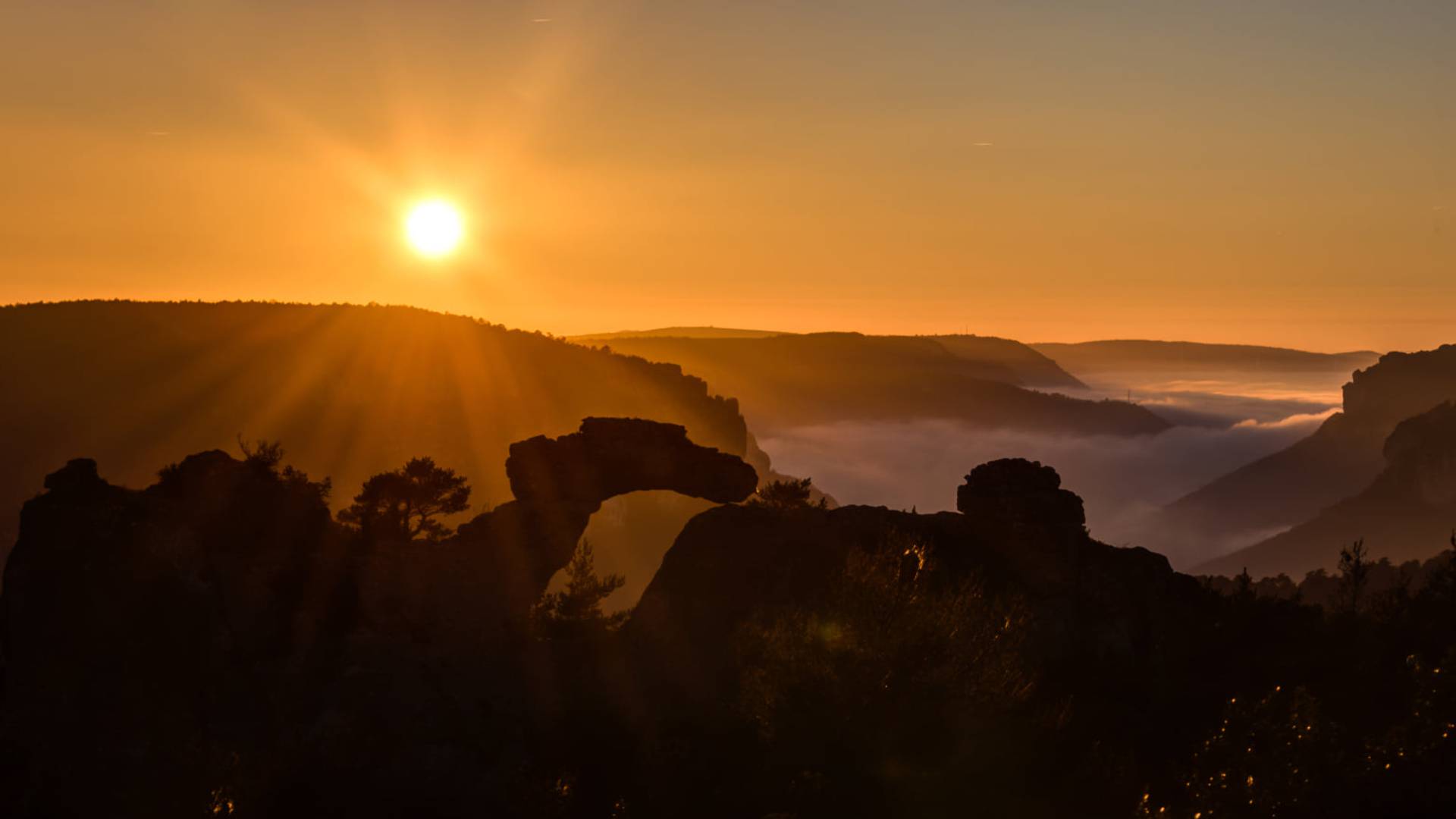 Subscriptions to our various media :

The Millau Style Team is at your service !

Your browser is out-of-date!

Update your browser to view this website correctly. Update my browser now